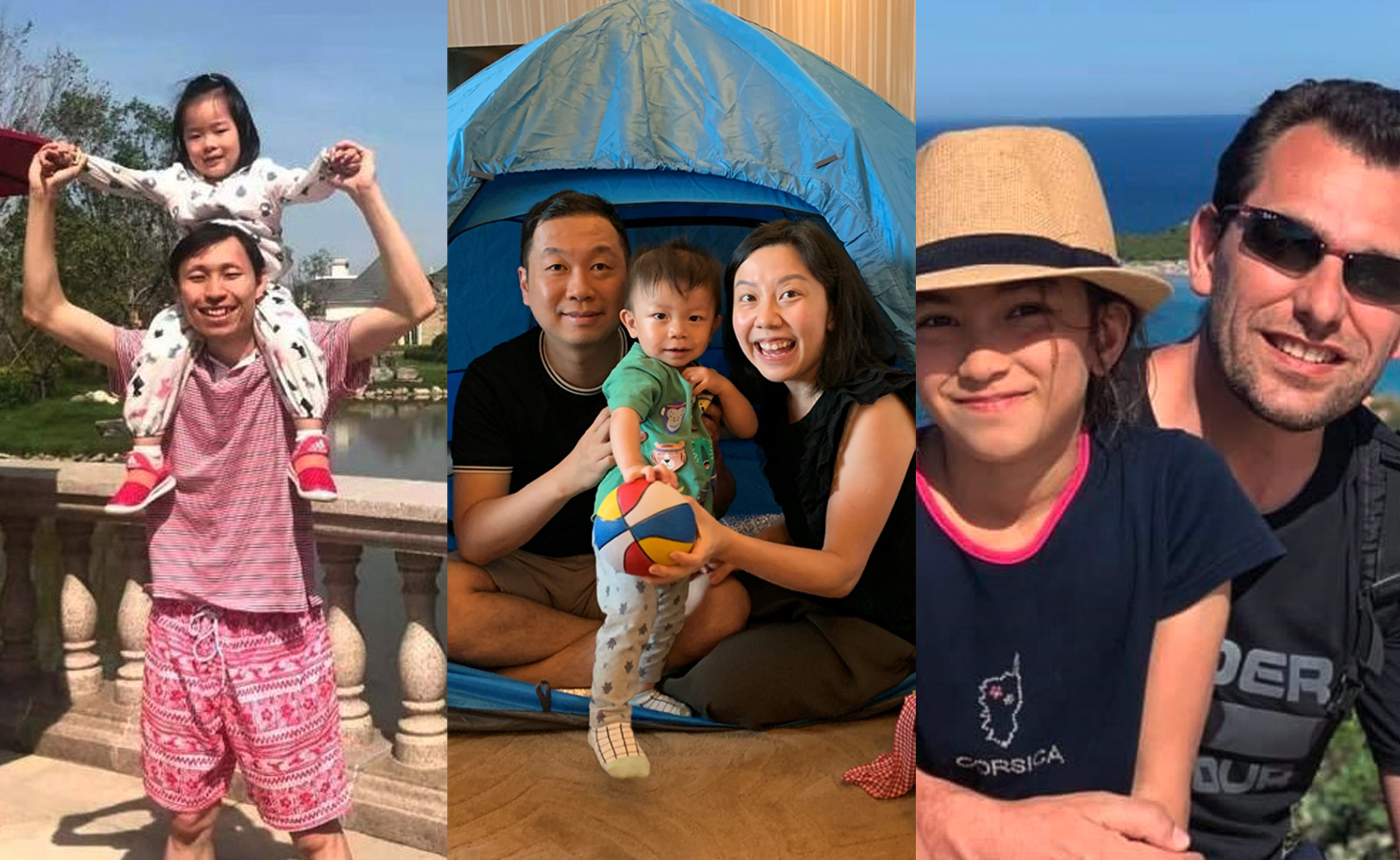 Maintaining good work-life balance has never been easy for working parents. Many have been feeling the strain in recent years especially as the pandemic and an ever-changing environment gave rise to new challenges. With Father’s Day approaching, we speak to three heroic alumni dads from the CUHK Business School alumni, who, with very different background, strive to achieve a sense of balance with perseverance and raise their kids with wisdom and gentleness. 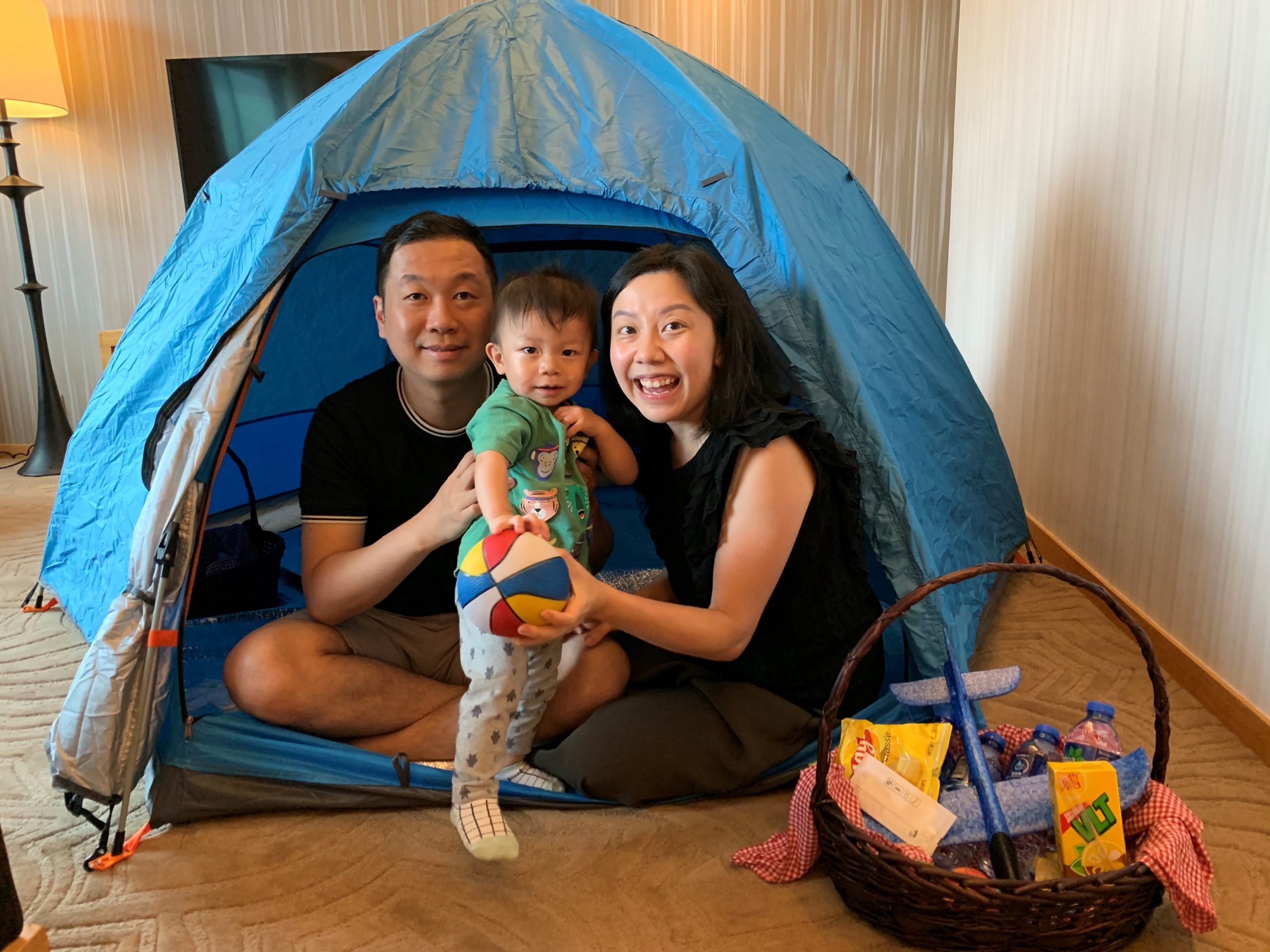 TK, father of a two-year-old son, is a senior brand director of a baby care brand. He thinks that his fatherly role has inspired and benefited him in his work in promoting child-care products. “For example, I know how hard it can be to find a spacious and convenient diaper changing station in public. So I tend to highlight the design of diaper pants when I promote them – they can be changed even when a child is standing. As parents, we all know how much this could make our lives easier,” TK explained.

Fatherhood, while tiring, has brought more meaning and affection into TK’s life. His emotional connection with his son has allowed him to mature and realise the greatness of being a parent. However, with work consuming much of his time and the need to travel around China frequently, he admitted that it is tough to achieve a sense of work-life balance between work and family. Even with the working from home arrangement these days, he feels the push-and-pull of having time to spend with his son. “He knows I’m at home and wants me to play with him, but I’m often busy with meetings or other things,” he said. “My work may cause me to miss some of his happy childhood memories and important milestones.”

Despite the hurdles, there are lessons TK wants to impart on his son: empathy, responsibility to the people and community around, plus a sense of curiosity. He cited a quote from Apple Co-founder Steve Jobs, “stay hungry, stay foolish”, and revealed a hope for his son to keep up with rapidly changing times, soak up new knowledge like a sponge, and continue learning to progress in his life. 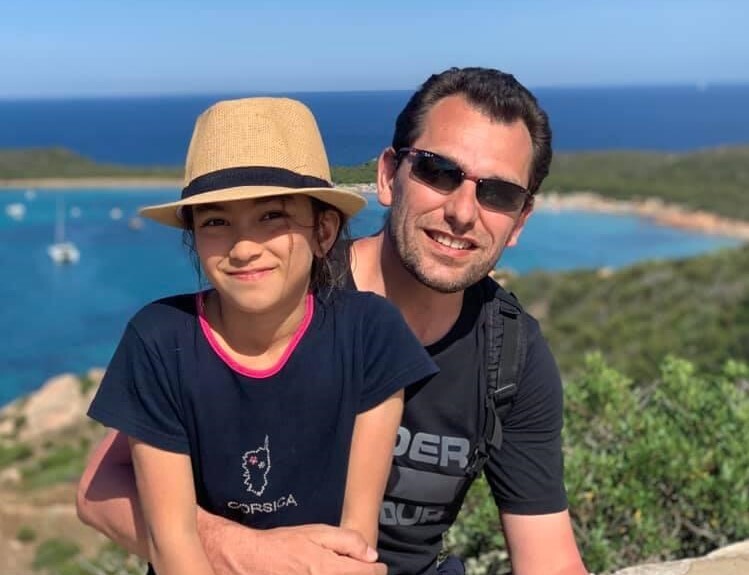 While many Asian parents might be anxious traveling with a young child, Olivier has been taking his daughter, Lisa, on adventures since she was 18 months old. Now 12 years old, his Shanghai-born girl has grown into a young woman who is “very international in nature”. “I work with my wife to build on this strength – from the languages she speaks, to learning different ways of living,” said the proud father, who is originally from France and currently works as a regional sourcing manager for an international home improvement company.

The family used to travel several times a year, mainly in Asia. Sometimes, they would just choose a spot on the map, without any advance bookings or plans, to make each trip different. They have explored Asia by motorbike, sometimes not knowing where they will be sleeping in 48 hours. “She loves, as much as we do, nomadism – this way of discovering other cultures, people and ways of living. Guest houses, lost bungalows and camping out in the wild are our first choices,” he said.

Olivier sees travel as a way of teaching “tolerance and respect”, the two most important values he wants to impart on his daughter. “The education system plays a crucial role, of course. But as parents we should be roles models of our children.”

He loves his connection with Lisa, which he builds through travel, sports, music and more. “We have this father-daughter bond that is unique,” he said, adding that he makes an effort to understand her beliefs and to reflect on ideas between the two of them.

He admitted that finding time for the family and achieving a good work-life balance is challenging – for everyone, not just for fathers. He now tries to do as many weekend activities as he can, often thanks to Lisa’s reminders! 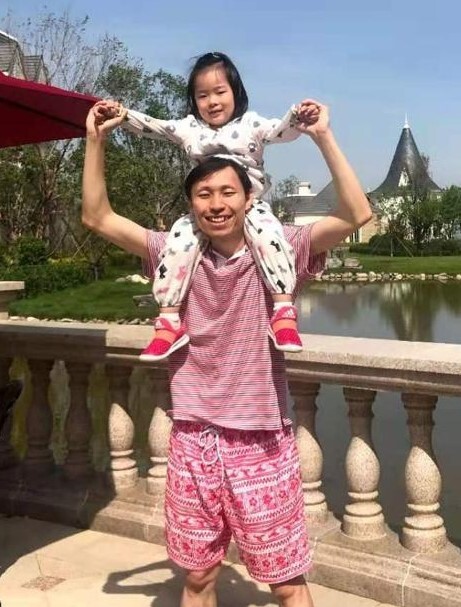 Yang’s family is one of the many households that have been separated during the pandemic. His family, including his five-year-old daughter, now lives in Hungary, while he works in China as a senior manager at an insurance asset management company. They can only connect via video conference these days. “We usually talk when it is night time on my side and late afternoon at hers. She loves to perform and she would either sings, dances or tell a story for me.” Even though birthday celebration goes virtual and gifts have to be sent via air mail, Yang thinks that his family is still close in heart.

Talking about her daughter has been Yang’s favorite subject. When she was born, Yang searched all over the Chinese Book of Poetry for the best name. In order to better understand and communicate with her, he learnt as much child development knowledge, especially psychology, as possible. He even took her to the CUHK campus when he was doing the FMBA programme from 2018 to 2020 in order let her indulge in the ambiance and be proud of him. Since becoming a parent, he feels like he has become a better person, one who is gentler and more sympathetic. Asked about his favorite moment in parenting and he admitted it is the time when her daughter said “Daddy, I love you” at the end of their online chats.

Like most Chinese parents, Yang worries about his child’s education. “Kids today need to acquire knowledge, critical thinking and artistic sense. I want her to achieve a balance between having a carefree childhood and academic achievement, a balance that requires a certain amount of wisdom.”

If the wish list has to be narrowed down to include only one thing, he would like his daughter to learn to be happy. “Children of her generation do not need to worry about money that much and they can learn easily from the Internet. My daughter is sure to face keen competition when she gets older, so I hope that she can learn from a variety of “seemingly useless” yet intellectual fields, like mathematics, philosophy and art whenever possible. Then she can stay calm in the face of challenges and find her way to happiness,” he said.

We wish all our CUHK Business School alumni fathers a joyful celebration with their families!

Joseph Cirkiel (MiM 2019): Blockchain has a Big Future in the New York City and Around the Globe